Spotify and Artist Compensation in the Digital Age

For those who haven't checked it out, Spotify is an online digital music service where you can listen to almost any music you want FOR FREE! You don't even have to download the music, it comes to you streaming from Spotify's vast library. There are some limitations if you use the service for free (2.5 hrs per week, and each track can only be played 5 times total) but with paid subscriptions you get unlimited plays.

I've heard more than a few people say that they are no longer going to buy music since they can listen to whatever they want on Spotify either for free (with ads) or with the subscription, which is only $4.99 a month. I find this troubling on a number of levels, both as a musician who hopes to sell my recordings, and as a music consumer.

Even though the music industry has been in a steady decline for years due to the rise of internet file sharing, a site like Spotify really puts these new realities into stark relief. Whenever some new miracle technology arrives, it can be so exciting in its possibilities that we don't consider all the consequences. One question that immediately presents itself to a musician is, "How are the artists getting paid"? I decided to do a little research into how Spotify works. 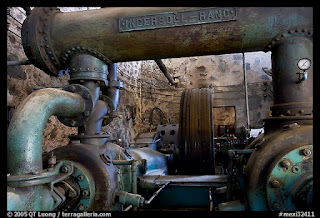 It turns out that there's not much information out there about artist compensation because when Spotify makes a licensing deal with a record label, the label signs a non-disclosure agreement, meaning that the songwriters are not allowed to know the details of what Spotify paid for the rights to use their music.

There was recently an article in the Guardian about how major labels (who also own shares in Spotify) are able to negotiate better streaming rates from Spotify. Many smaller independent labels are reacting by pulling their music from Spotify and other digital music services. In November, UK-based digital distributor and label management company STHoldings Ltd. pulled 234 member labels from Spotify, Rdio, Simfy, and Napster, citing poor revenues and detrimental effects on sales.

Just how bad is Spotify's artist compensation? Again, it's hard to know for sure because of the non-disclosure agreements (NDA's) that the labels sign. There are some shocking statistics floating around, like Lady Gaga earning $167 from 1 million plays of her hit song "Poker Face". In my online research I also found the site of Brooklyn musician Sam Rosenthal, who is also the founder of an independent record label Projekt Records which has since pulled its music from Spotify. Sam has a lengthy page detailing his thoughts about Spotify and digital streaming services. He says that from a stream on Spotify his label is paid an average of $0.0013.
For some perspective on the streaming vs. downloading divide, on ITunes artists are typically paid 10 cents for each 99 cent track downloaded. This isn't a great deal either, but at least the numbers are closer to the decimal point! 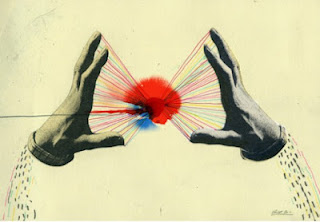 Spotify's founder and CEO claims that their service will ultimately be good for the music industry. In an NPR interview he said: "I don't want to be characterized as an iTunes killer. What we really are trying to do is move people away from piracy into a legal model that contributes revenue back to the music industry. It's really that simple, and I think the key is by creating more convenient products."
Personally, I don't think that claiming to be a step above piracy is a good defense of your business model. And getting $0.0013 per stream does not seem to be much better than piracy anyway.

Spotify is based in Sweden, and the service is hugely popular there with almost 1 million subscribers, almost a tenth of the country's population. According to this Guardian article, Spotify was expected to pay out £47 million to Swedish record labels in 2011, and that about 80% of digital revenue for Swedish labels will come from Spotify. So the optimistic vision put forth by Spotify's advocates is that as subscriptions grow, so will the money being paid back to the labels, and then finally trickling down to the artist (whatever is agreed to in those mysterious NDA's). 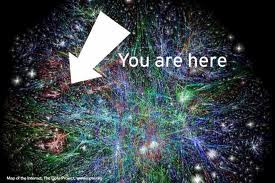 One of the exciting possibilities of the internet for musicians is the idea that you can connect with listeners around the world, and get paid directly from fans for your music. It gives musicians a kind of entrepreneurial platform to promote their work. Now in an ironic twist, that same technology is making it near-impossible to sell music at all. I'm not really sure if there's any turning back, if there will ever be a way for musicians to be fairly compensated for the use of their recorded music in the digital age. But as the music industry goes through these changes, we shouldn't ignore the unfair business practices that are happening in this brave new world.

And for the record, I use Spotify myself now and then, and I don't have a subscription. It's a pretty amazing concept, and incredibly useful for a musician to have access to a database of music for study and enjoyment. But I still have one foot in the old world, and I cherish my CD and record collection and am still romantically attached to the physical art object of recorded music.

An entirely different discussion is the way that this kind of unlimited access to music changes the way we listen. Composer Gabriel Kahane makes some good points about that subject here.