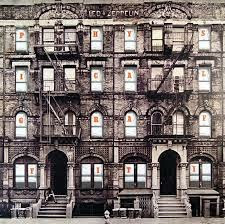 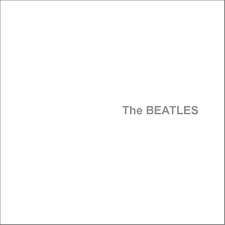 I really enjoyed reading this Pitchfork review of the latest Led Zeppelin reissues, which include my two favorites, Houses of the Holy and Physical Graffiti. It's interesting how Pitchfork now has reviews of classic albums of the 60's and 70's along with their taste-making commentary on current musical trends. It's cool to get a contemporary perspective of these iconic records, and I found these reviews particularly well-written and insightful.

Mark Richardson's essay on the Zeppelin reissues reserves the highest praise for Physical Graffiti, comparing it to the Beatles' famous double LP:

"It's Led Zeppelin's White Album, the one they made when they were at their creative peak and had a million ideas, but were also under a tremendous amount of strain and saw the end starting to come into focus."

I hadn't thought about about Physical Graffiti in this way before, and it gave me a new appreciation for the sprawl of this record. Although it's hard for me to pick a favorite between Physical Graffiti and Houses of the Holy, I like thinking about the different approaches to making albums that these two represent. One is the no-filler, carefully considered masterpiece, the other a kind of outpouring of musical ideas.

This sent me to Richardson's Pitchfork review of the White Album, which was even better. He mentions how the phrase "It's like their White Album" has entered the lexicon of music fans:

"To use the expression is to conjure a familiar cluster of associations: The work in question is large and sprawling, overflowing with ideas but also with indulgences, and filled with a hugely variable array of material, some of which might sound great one day and silly the next. A band's White Album is also most likely assembled under a time of great stress, often resulting in an artistic peak but one that nonetheless scatters clues to its creator's eventual demise."

Richardson lists some other records that fit the description of a "White Album": Prince's Sign o' the Times, Hüsker Dü's Zen Arcade, the Clash's Sandinista!, and Pavement's Wowee Zowee. But I searched my record collection in vain for "White Album" candidates, I think they must be an exceedingly rare species.
Posted by Unknown at 5:48 AM No comments:

I'm playing tonight in Williamsburg with my esteemed colleagues Kenny Warren and Dustin Carlson. I've assembled a special new set up for this performance: turntable, sampler, a stack of mostly classical LP's, and accordion. What will happen????

Curriculum plays at 9pm, they know all the good tunes. We go on at 10pm. This is part of the new A.E. Randolph music series at Rye Restaurant.
Posted by Unknown at 5:12 PM No comments:

Old Time Musketry is back at Bar Chord tonight sharing the bill with Los Bolos, a band led by Jesse Stacken which focuses on the music of Willie Nelson. 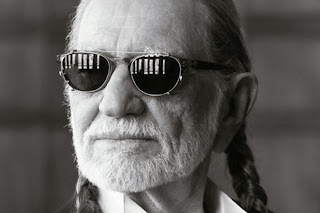 Posted by Unknown at 9:28 AM No comments:

A new music series has begun at the fashionable Rye Restaurant in Williamsburg. The AE Randolph Series is happening every Wednesday curated by bassist Will McEvoy, and will feature his group Curriculum on a pretty regular basis. I caught the first concert last week, it's a very nice sounding room and there's good food and beer as well. Curriculum played a set of Ornette Coleman compositions, and then Kenny Warren and Tony Malaby played a mind-bending improvised duo set.

You can keep up with the schedule at Rye Restaurant here.

I also saw the band Paris Monster play at Rockwood Stage 2 last week, I had been meaning to check them out for a while and they did not disappoint!
Posted by Unknown at 9:20 AM No comments: