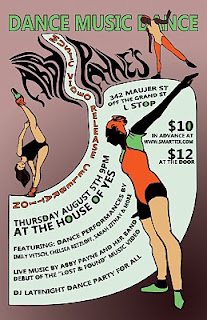 Abby has a new video for her song "Lost and Found", which will be the first single from the forthcoming EP "Sasquatch". There were some seriously talented people behind the video, which was directed by Elizabeth Leitzell and featured choreography by Emily Vetsch. We had a video release party earlier this month at the House Of Yes in Williamsburg. Definitely a cool venue! They had trapeze rings suspended from the ceiling, and some of those thick gymnastic mats.
The video is now live on Youtube!
Posted by Unknown at 8:04 PM