Letters from the road 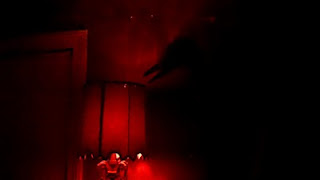 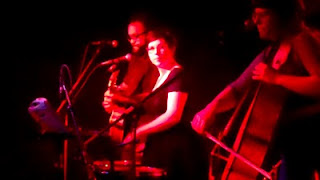 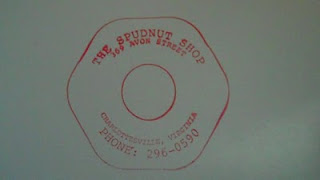 I intended to blog more consistently from the Silent League tour, but things have been pretty hectic and I've fallen way behind! It's now our 4th day at SXSW and I've seen many many bands, played 4 shows, and had some great barbecue and breakfast tacos.
I thought I would try to document a little of what's happened on our way down to Austin, and I'll try to do a SXSW roundup at a later date. I've been taking short videos of my favorite bands, and I'll try to put them up later.
Our first show was in Charlottesville, VA, a very nice college town, a lot of the buildings on campus were designed by Benjamin Franklin. There was also an amazing potato donut place called Spudnuts. Highly recommended!
Then we played in Greensboro, NC at the Blind Tiger, as part of a music series called Monkey Whale. To my surprise, the Brooklyn band Pearl and the Beard was also playing and they sounded great! I had met and played with their cellist, Emily Hope Price before with Abby Payne, and it was great to catch their set.
Then we had an epic drive to New Orleans and played at a very interesting venue called the Pearl. It's an old mansion that's been putting on shows for almost 20 years, a very bohemian setting. I wish I had taken more pictures, the place was really unbelievable! It was my first time to New Orleans, and I wish I had more time to explore the city, which was beautiful.
OK, back to indie-rock summer camp!
Posted by Unknown at 11:59 AM