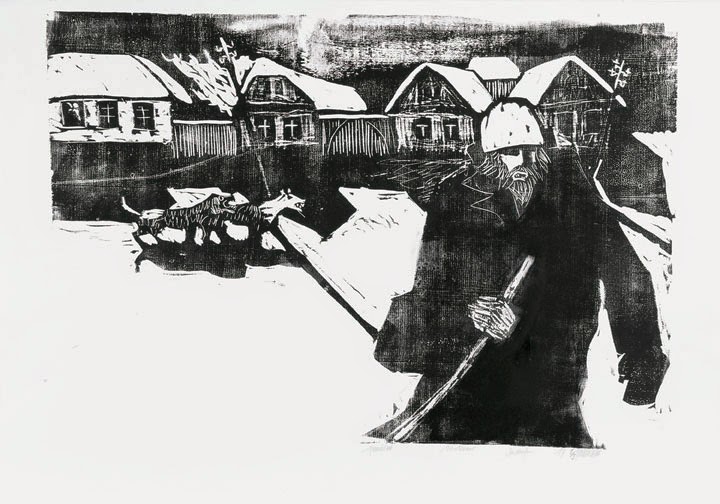 For the past several years I usually allot some time each winter to immerse myself in Schubert's song cycle Winterreise (Winter's Journey), a collection of 24 songs that tell the story of a rejected lover who wanders out of his village into a bleak winter landscape. This winter had almost passed by, Schubert-free, until I began reading a new book by the tenor Ian Bostridge which explores the themes of each song in the cycle. I've been listening to the songs daily and playing the score at my piano, occasionally belting out some fake German words or nonsense syllables for the vocal melody. I'm realizing that I haven't even scratched the frozen surface of this haunting work.

It's been a frigid winter in the Northeast, apparently one of the coldest and snowiest in the past 150 years. But the unsettling larger picture shows the trends of global warming continuing, with January 2015 being the 4th warmest recorded January in history, and the 347th straight month of above normal warmth.

The thing I needed to really connect with the spirit of Winterreise was a trip outside of my urban Brooklyn environment. My wife and I took a drive to her hometown in the Hudson Valley and were transfixed by the austere beauty of winter in the country. We looked at the frozen Hudson river, with strange shapes of ice strewn over it almost resembling the ruins of some past civilization. We saw fields and farm lands covered with untouched white snow, and some with paths of footprints from previous Winter Journeys. One could easily imagine the protagonist from Wintereise wandering forlornly through these lands.

I was especially captivated by a willow tree by the river, which instantly reminded me of the linden tree in one of Schubert's most famous songs, "Der Lindenbaum". In the song the wanderer passes by a linden tree which brings sweet nostalgic feelings and memories: At the well before the gate
There stands a linden tree;
I dreamt in its shade
So many a sweet dream

I cut into its bark
So many a word of love;
In happiness and sadness it drew
Me back to it again and again


In his book Ian Bostridge explores the sinister double meaning of the tree, which also represents the romantic era's obsession with death. The attraction that the wanderer feels for the tree could also mean the solace of death's embrace and rest for his tormented soul:

And its branches rustled
As if it were calling out to me:
Come here to me, old chap,
Here you find your rest.

"The chapter itself is called "Snow", and it creates, suggests, hints at a parallel between the predicament of the wanderer in Wintereise, compelled by his own nature to wander through a winter landscape, and that of Mann's protagonist, tubercular sufferer, who has sunk into the comfortable but deathly embrace of the snowbound sanatorium where most of the story plays out. In "Snow," Castorp escapes from his confinement, venturing outside, and gets lost in so doing he confronts ultimate questions. Reading "Snow" is, if nothing more, a good imaginative and mental workout for singing, or experiencing, Winterreise. "

Finding these kinds of connections in great works of art is one of the most fantastic things in life for me. Bostridge continues:

"There are many more detailed parallels. The relationship between this winter landscape and the confronting of existential questions, to start with: snowy blankness, "white whirling nothing," "white darkness" as a blank screen upon which the ultimate can be projected and grappled with in a sort of ironic, almost jocular, tone which the two works share."

Bostridge made a collection of music videos to accompany Winterreise which have a borderline goth quality that makes them feel oddly contemporary. Here is "Der Lindenbaum:"