Schubert at The Firehouse Space 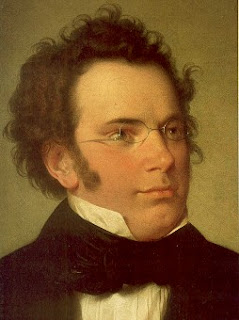 On Sunday I saw a great concert of music by Franz Schubert at the Williamsburg venue Firehouse Space. The concert was presented by the Brooklyn Art Song Society as the third part of a series focusing on the music Schubert composed during the last year of his too-short life.

"Facing the inevitability of his own untimely demise at 31 years of age, Franz Schubert (1797-1828) composed an astonishing quantity of music of unearthly beauty in the last 365 days of his life. Brooklyn Art Song Society is proud to present the complete song cycles, miscellaneous songs, and representative two- and four- hand piano works from the most inspired year of the most inspired composer of art song."

The music that really drew me to see this performance was the song cycle "Wintereisse", which has been an obsession of mine since I stumbled upon a recording by Sviatoslav Richter and Peter Schreirer in Academy Records two years ago. It was an intense experience to hear the twenty-four songs in their entirety. The music is unrelentingly bleak, as a rejected lover wanders in a frozen winter landscape.

Check out Ian Bostridge and Julius Drake's version WITH MUSIC VIDEO! This is awesome. I think some of the Wintereisse music bears a distant relation to certain hyper-emotional pop music, it's almost proto-goth in a way.

The cycle ends with one of the most haunting pieces of music I've ever heard, "Der Leiermann" (The Hurdy-Gurdy Man), where the protagonist encounters an old beggar playing a hurdy-gurdy at the edge of town. The late, great Fischer Dieskau's version of this is unforgettable.