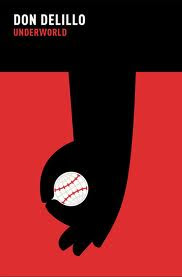 I've been rereading Don Delillo's sprawling epic masterwork, Underworld. Everyday I come across a passage that just stops me in my tracks and I can only marvel that someone can write this well.

One of the characters is on an obsessive quest to find a baseball that was hit in the game-winning home run of a Brooklyn Dodgers vs. NY Giants game. He is confronted by a baseball memorabilia collector who tells him that his obsession to find the baseball has a poetic revenge to it. "The revenge of popular culture on those who take it too seriously."

"But then he thought, How can I not be serious? What's not to be serious about? What could I take more seriously than this? And what's the point of waking up in the morning if you don't try to match the enormousness of the known forces in the world with something powerful in your own life?"
Posted by Unknown at 7:46 PM